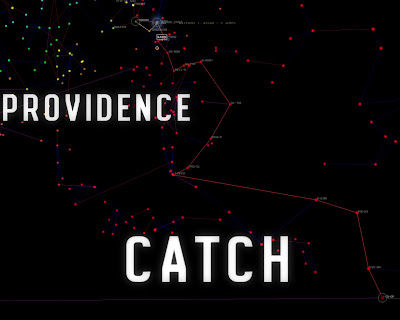 The fiction in my previous post was inspired by our first ever deliberate foray into null-sec, detailed later in this post.

The Future of the Freebooters?

Since the departure of Greenbeard from Greenbeard’s Freebooters (and indeed the world of New Eden), we remaining Freebooters have been a little rudderless. Although I’m listed as the CEO, we always roleplayed the situation as Greenbeard being the puppetmaster, pulling the strings whilst taking none of the responsibility. To an extent, this was also true in gameplay terms. Greenbeard would often be the one to organise an EVE night, texting and ringing to rally the troops. He’d research the locations and manufacture the equipment and we’d all log on and reap the benefits of his labours. Little wonder he got tired of it in the end.

In this post Greenbeard era, I decided that I didn’t want to suffer from the same burnout that he did, but at the same time didn’t want to disrupt the insular little bubble that is Greenbeard’s Freebooters. We want to get more involved in EVE events, be able to indulge in PvP and explore null-sec and wormhole space. But with three active players we would struggle to achieve that alone. Faction Warfare, which we have now abandoned, tended to be an endless and dull blob-dodging exercise, although it did give us some PvP experience. The answer to our woes seemed simple, we needed more reliable allies. We need to join an alliance.

Now we have an application pending and we’re looking forward to being able to take part in larger-scale activities than we’re used to. I have some trepidation about the process, we’re hoping we can have a meaningful contribution to our chosen alliance, but at the same time I’m hoping it’s not just going to create a whole host of joyless duties. I don’t think so though, having dealt with some of the alliance members before. It should be good fun, assuming they’ll have us.

Anyway, on Friday night, Long Jack and I decided to do something we’d often talked about, both to get our eye in on the PvP front and to explore what could become our new stomping ground. We were going to fly as deep into 0.0 as we could until we were killed. So we each fitted a tech I frigate out for a suicidal roam across the Providence and Catch regions. Long Jack chose a Punisher and I was in a Kestrel.

We had a little explore in low-sec first, checking out the locality of our potential new alliance. Then I plotted a route to the far side of Catch and couldn’t help but grin nervously at the systems that appeared on the autopilot list. Despite being the characterless alpha-numerical designations often found in null-sec, the likes of G-5EN2, 9-FOB2, 9UY4-H and D-GTMI have all gained notoriety by playing host to critical battles during the recent assaults into CVA territory by Against All Authorities, Ushra’Khan and co. HED-GP, on the other hand, has always been a gate-campers paradise as I recall. Surely, with all those hostilities taking place, our suicides were inevitable.

Surprisingly, Providence was as quiet as a grave. Occasionally there were pilots in various systems, but rarely on the gates. It was noteworthy that many pilots resident in those systems were listed as members of NPC corporations – almost certainly alts keeping a watchful eye across the battlefield. Long Jack and I had our first experience of interdictor bubbles and soon learned that it is unwise to take the direct route between jumpgates. Fortunately, the ones we encountered were unguarded.

It wasn’t until we were deep into Catch that we stumbled across several wrecks at a gate. Three were NPC wrecks and were still full, the only empty one was the remains of a player vessel. We deduced that the victim had been fighting the NPC ships when he was caught and killed by parties unknown. We were still gate-cloaked when an Ushra’khan Stabber warped in at 250km. It was getting late and we still hadn’t had a fight, so we did our best to look like a weak, easy kill to entice him closer. Not a hard task as we were essentially weak, easy kills.

I broke cloak and innocently made my way toward a wreck, making out that I was obliviously looting. The Stabber took the bait and warped straight at me, at which moment I sped away from the wrecks and took up an orbit at 25km. The Stabber had locked me and was firing with autocannons and heavy assault missiles, but I’d sped out of range quickly enough to avoid any significant damage. Meanwhile Long Jack uncloaked and charged in with his short-range disco lights and warp scrambled the enemy.

In all honesty I expected a stalemate at best, but most likely a crushing defeat from our maiden voyage into null-sec. So when the Stabber exploded I was as surprised as I was pleased. We grabbed what survived of the tech II and named tech I loot and got out quickly, fully expecting enemy reinforcements to appear. But we got away clean.

With a potential profit to be had if we could get our loot to market, plans for suicide were put on hold and we made our way toward high-sec. A brief interdictor bubble mishap later, fortunately only witnessed by a lone covert ops frigate (and briefly the pod or our victim, Elemental Flame) and we blasted through to HED-GP, skipping through a sizeable gatecamp and to safety.

It was a very enjoyable way to earn our null-sec stripes and I hope to do it regularly from now on, although I’m sure we won’t get that lucky again. Thanks must go out to Elemental Flame who was a gracious foe in whose honour I have named my Kestrel. Here’s the Battleclinic Report.