TREADing New Ground in our Freeboots 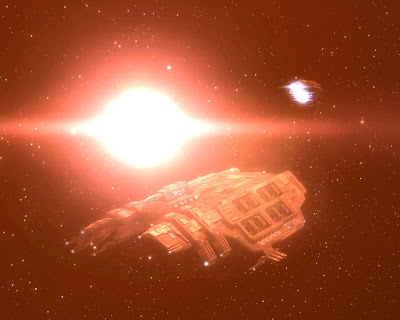 Odd as it may seem, despite our corporation being nearly seven years old we’ve never been part of an alliance, even though I’m still convinced I invented alliances back in early 2004. However, this has finally changed and I can proudly announce that Greenbeard’s Freebooters are now members of the TREAD alliance. We applied to TREAD for many reasons, but mainly for the potential for bad footwear-related puns. “TREAD” and “Freebooters”, oh the comedy that I’ll be able to lace into my writing. See what I did there? I won’t tire of this for weeks.

Rubbish jokes aside, I’m very excited about how being part of TREAD will affect our EVE experience. In our first twenty-four hours things have already been far more busy than our usual EVE sessions. Although some of this has been administrative, such as getting access to alliance resources like forums, wikis and intelligence channels, even that has been a real eye-opener. The level of information and organisation is phenomenal. Alliance membership really has the potential to entirely change the way we play EVE and will certainly make it more sociable and enjoyable.

To a small independent corp like us, alliances were always mysterious, nebulous organisations of players of which we had no real understanding. They never really factored into our gameplay style. However, a couple of years ago we made the decision to move our assets into low security space with the intention of gaining an understanding of that part of the game. Despite this bold move by our titular founder, we never really embraced the low-sec way of life, only occasionally flirting with PvP in Faction Warfare and (rarely) a militia-organised POS attack. Now we’ve finally put the boot (I can’t help it) into our “carebearishness” and taken the big step.

Our first day in TREAD has seen us taking part in an ad-hoc low-sec/null-sec roam which saw Long Jack thrown in at the deep end as the primary scout. It was a great opportunity to meet some of our fellow TREADies and even resulted in a Raven kill. After that we got involved in some ninja-ratting in Ushra’khan’s territory as we came across a True Sansha’s Mutant Lord at a gate. He was worth six million isk and dropped some impressive loot. So thanks to all the guys in our first ever alliance fleet op, I’d mention you all by name but I’m not sure what security compromises that entails.

After the roam, one of the senior alliance leaders showcased some interesting web-based software he is working on that essentially creates a mission agent system within the alliance, with alliance leaders acting as the agents. It seems like an interesting idea that offers some structure to inter-corporation co-operation and I’m keen to see how that pans out.

My next task is to get onto the alliance forums to introduce ourselves. I’ve got a hell of a lot of reading to do to work my way through all the information there. I need to figure out how Greenbeard’s Freebooters can be of best use to the Alliance and how we can get the best out of our membership.

So I’d best get over there and take our first steps as we tread a bold new path. 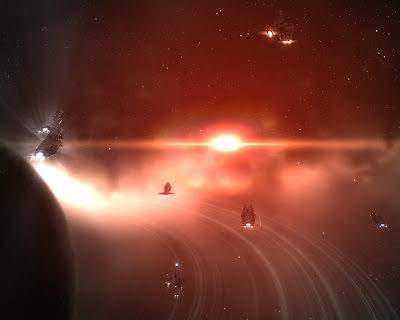 P.S. My one concern is the fact that since joining TREAD, over 50% of the EVE-Bloggers channel is now red to me. Oh dear.