The Path No Longer Trodden

It is a sad thing to report the collapse of an alliance and I’ve left it long enough now for it to almost be old news, so this is more of an obituary and a tribute.

TREAD alliance has been disbanded.

My association with TREAD alliance was brief and as such I had little time to learn all that I would have liked. It was Greenbeard’s Freebooters’ first experience of alliance life and we were grateful for the opportunity to have participated in the final weeks of TREAD’s existence. We met a great crowd who were accommodating and instructive.

The following is an account of TREADs passage through EVE history. It is purely my interpretation of events, through research and discussion with various parties.

The Story of TREAD

Prior to the formation of the TREAD Alliance in YC-110 (January 2008), the founding corporation, 1st Steps Academy [1SA], had been suffering repeated declarations of war due to their position as a training organisation for new players. Opportunistic and more established corporations saw 1SA as easy pickings and 1SA retreated to low-security space where ironically they could continue their operations with more freedom.

It was in the low-security regions on the outskirts of Providence that 1SA formed TREAD, subscribing to the ‘Not Red, Don’t Shoot’ [NRDS] rules of engagement supported by the nearby Curatores Veritatis Alliance [CVA]. TREAD began to gather other corporations with similar philosophies under their banner and they were soon able to participate in pro-CVA combat operations, with CVA diplomats suggesting that TREAD’s support and involvement would be rewarded with CVA-supported ‘holder’ status.

During the following year TREAD grew in strength, registering several modest victories and spreading into new territory to expand their industry. Their fortunes ebbed and flowed, with increasing enemy activity forcing them to regroup briefly in the then CVA-protected null-sec system of G-5EN2.

However, despite general progress being made, by early YC-111 (Feb 2009) TREADs failure to be recognised by the CVA as potential holders lead to internal divisions and ultimately the departure of many disgruntled corporations, some of whom joined existing Providence holders, the Libertatis Fidelitas Alliance [LFA].

With their numbers depleted, the remaining core comprising mainly 1SA and the Bene Gesserit Chapterhouse [BG], took the opportunity to rebuild and restructure. There were a few bumps in the road, but the next year saw TREAD develop into an alliance with several large member corporations and a more effective council-based leadership structure, allowing representation from each contributing organisation.

At this point they began to achieve one of their primary goals and became capable of fielding a respectable fleet including capitals and TREAD pilots would often bolster CVA fleets. Despite their continued support of CVA, TREAD were not considered viable sovereignty holders at the time. The nearest station system, G-5EN2, was given by the CVA to the Ammatar Free Corps [AFC]. This was seen by some as a snub, but even if it was, it turned out to be a fortunate one.

It was shortly after this point in time that the LFA invaded Against All Authorities [-A-] territory, triggering the Invasion of Providence. G-5EN2 fell to Ushra’khan and ultimately the CVA and almost all CVA-sponsored holders were routed from the region of Providence.

The sudden change in the local geo-political climate was an opportunity for TREAD, with a number of options open to them. The opportunity to finally obtain sovereignty through negotiation or force was there, but many thought that TREAD was not ready for such an endeavour. The issue of continued loyalty to the CVA was also now a subject of much speculation. Some wanted to support allies heading north to fight against the Southern Coalition on a new front on the far side of New Eden. Industrialists with established interests in the local regions were less inclined to uproot, preferring to stay in the Derelik region and keep a low profile.

Ultimately, I believe it was this vacuum of choice that resulted in TREADs demise, with the alliance leadership realising that members’ interests were too diverse to arrive at any quorum. Those individuals who had the impetus to drive forward were also aware that there were many who were failing to contribute.

Following the dissolution of TREAD, many corporations headed north to join Fidelas Contans [FCON], another previously Providence-based alliance that was overlooked by the CVA. There they aim to find a new home and make new allies. I wish them luck. A few ex-Treadies remain scattered around the Derelik region, along with ourselves, but Derelik is that little bit less friendly these days.

I would like to extend special thanks to all those who made our brief TREAD membership an enjoyable one. To the President, Ivan Zhuk, for accepting us and for the history lessons, to Ilie for his raw enthusiasm and blunt honesty, to Celebrain for his measured and understanding manner, to Yvella for the “how to float around in a Stealth bomber for hours” training, to Cladi Gerash, Darton Rue and Corrybasler for all the POS advice and assistance, to all the Fleet Commanders I’ve not mentioned for their continued attention to our survival and enjoyment and to all the others that worked tirelessly behind the scenes. Legends, one and all.

It was appreciated by all, I am sure, all the hard work and effort that was required to run TREAD.

Thank you all and tread bravely on. 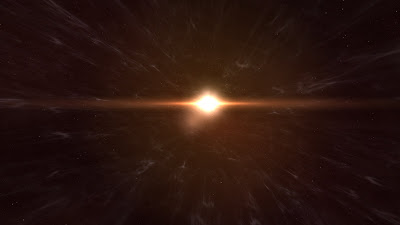